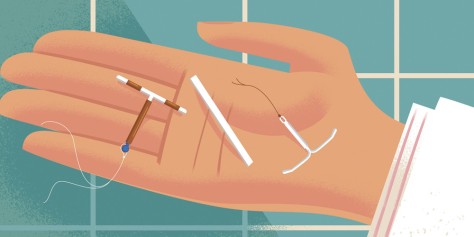 A study was just released which will be coming out soon in the American Journal of Obstetrics & Gynecology ( http://dx.doi.org/10.1016/j.ajog.2016.08.033 ). It looks at two different groups of reversible birth control methods, long acting and short acting. Long acting methods of birth control include the Nexplanon implant, the Mirena IUD and the Paraguard IUD. Short acting methods include the pill, the patch and the ring.

To see if there is a difference in success rate based on which women choose long versus short acting methods, the women who chose to participate in the study were assigned one of these groups randomly and received their contraceptives for free. Women who did not agree to randomization still submitted their results but did not receive the medication for free.

The study shows, comparing the two different classes of methods, women who use short acting birth control methods such as the pill have a ten times greater chance of becoming pregnant by accident compared with longer acting methods such as the implant or the IUD. This is true whether a person prefers one type of method or is randomly assigned to it. This may be related to the greater requirements of being on short term methods, with many more opportunities for failure to take it every day and on time. Longer acting methods have less opportunities to make mistakes.

It appears that most women are not aware of the large difference in effectiveness between these two types of birth control methods. If this information were more widely known, more women would choose the type of method with a less than 1 percent failure rate in a year rate compared with one that fails 6 to 7 percent over the same amount of time.