From December 28, 2014 through January 21, 2015 more than 50 people from six states were reported to have measles, mostly from an outbreak linked to Disneyland in California.

Measles is a highly contagious, acute viral illness. It begins with fever, cough, runny nose, and pink eye 2-4 days prior to developing a rash. It can cause severe health complications including pneumonia, encephalitis and death. Measles is transmitted by contact with an infected person through coughing and sneezing. Infected people are contagious from 4 days before their rash starts through 4 days afterwards. After an infected person leaves a location, the virus remains viable for up to 2 hours on surfaces and in the air.

Measles was declared eliminated in the United States in 2000 because of high population immunity brought about by a safe, highly effective measles vaccine (MMR). However, measles is still present in many parts of the world and outbreaks still occur in the U.S. when unvaccinated people become infected. Disney and other theme parks are international attractions, and visitors come from many parts of the world where the measles vaccine is not readily available.

More disturbing though, are people who refuse to vaccinate their children due to a “philosophical” objection. As it turns out, there is no medical support for theory that vaccines are harmful. There is no evidence that the MMR vaccine causes any chronic illness. The question about vaccine safety started with a bogus report published in the British Medical Journal in 1998 claiming the vaccine caused autism. By the time that scientists determined that the data had been falsified so the author could collect hundreds of thousands of dollars from a lawyer suing vaccine companies, the damage had been done: many people believed that the MMR vaccine was harmful. The BMJ retracted the article in 2010 when the pattern of falsified data to support a lawsuit was found out. However, a damaging public health scare that associated MMR with autism had been falsely created.

Vaccine facts include that more than 100 million diseases have been prevented by vaccinations in the US alone. The HPV vaccine (Gardasil) is safe and is nearly 100% effective in preventing cervical cancer produced by certain HPV strains. Gardasil coverage has been strengthened and an even better version (Gardasil 9) will be available soon. The flu vaccine does not cause the flu and is safe for pregnant women to take. TDAP vaccine has been found to be safe during pregnancy and should be given to all pregnant women between 27 and 36 weeks of gestation to decrease the risk of pertussis (whooping cough) in newborn babies. 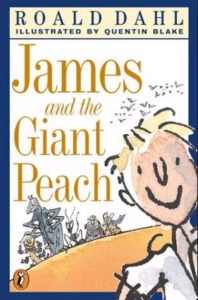 The famous author Roald Dahl dedicated his book “James and the Giant Peach” to his daughter Olivia, who died of measles. He hoped that telling people about her death would serve to protect others from illness and death from this disease. He wrote: “Here in Britain, because so many people refuse, either out of obstinacy or ignorance or fear, to allow their children to be immunized, we still have 100,000 cases of measles a year. More than 10,000 will suffer side effects and about 20 will die.“

The exponential rise of the latest measles epidemic in California due to large numbers of unvaccinated people should serve as a warning about the dangers of giving people the right to not vaccinate their children based only on “personal beliefs.” Vaccines are good for you and we encourage our patients to receive them to improve their health and the health of their children.